Sixth Sunday in Lent, Liturgy of the Palms 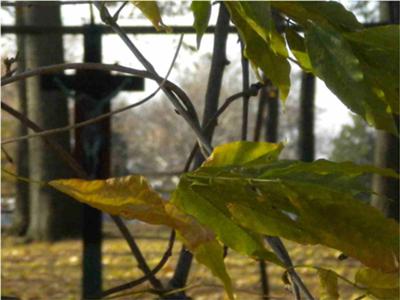 19 Open to me the gates of righteousness,
that I may enter through them
and give thanks to the LORD.
20 This is the gate of the LORD;
the righteous shall enter through it.
21 I thank you that you have answered me
and have become my salvation.
22 The stone that the builders rejected
has become the chief cornerstone.
23 This is the LORD’s doing;
it is marvelous in our eyes.
24 This is the day that the LORD has made;
let us rejoice and be glad in it.
25 Save us, we beseech you, O LORD!
O LORD, we beseech you, give us success!

26 Blessed is the one who comes in the name of the LORD.
We bless you from the house of the LORD.
27 The LORD is God,
and he has given us light.
Bind the festal procession with branches,
up to the horns of the altar.
28 You are my God, and I will give thanks to you;
you are my God, I will extol you.
29 O give thanks to the LORD, for he is good,
for his steadfast love endures forever.

Matthew 21:1-11: “When they had come near Jerusalem and had reached Bethphage, at the Mount of Olives, Jesus sent two disciples, 2 saying to them, ‘Go into the village ahead of you, and immediately you will find a donkey tied, and a colt with her; untie them and bring them to me. 3 If anyone says anything to you, just say this, “The Lord needs them.” And he will send them immediately. 4 This took place to fulfill what had been spoken through the prophet, saying, 5 ‘Tell the daughter of Zion, Look, your king is coming to you, humble, and mounted on a donkey and on a colt, the foal of a donkey.’ 6 The disciples went and did as Jesus had directed them; 7 they brought the donkey and the colt, and put their cloaks on them, and he sat on them. 8 A very large crowd spread their cloaks on the road, and others cut branches from the trees and spread them on the road. 9 The crowds that went ahead of him and that followed were shouting, ‘Hosanna to the Son of David! Blessed is the one who comes in the name of the Lord! Hosanna in the highest heaven!’ 10 When he entered Jerusalem, the whole city was in turmoil, asking, ‘Who is this?’ 11 The crowds were saying, ‘This is the prophet Jesus from Nazareth in Galilee.”

Sixth Sunday in Lent Comment: Have you ever experienced watching circumstances come together and say to yourself, “This isn’t going to end well?” Have you ever had the desire to find a way to intervene in the hopes of changing the outcome? There were times is my hospice career I watched families hang their hopes on each forkful of food they were able to coax their loved one to swallow. Often, just a few days before death these dear people would experience a surge of energy and families would again hope in a possible turnaround, a miraculous healing. But it never came.

Each time I read the gospels no matter how I marvel at the wisdom of Jesus’ teachings and of course the miracles, I know Palm Sunday is the last ‘surge’ of jubilation in his life. From this point on, death is just a few days away. But then I read what Paul the Apostle would write the church in Philippi and my joy is restored and my hope is revived.

“Let the same mind be in you that was in Christ Jesus,
who, though he was in the form of God,
did not regard equality with God
as something to be exploited,
but emptied himself,
taking the form of a slave,
being born in human likeness.
And being found in human form,
he humbled himself
and became obedient to the point of death—
even death on a cross.
Therefore God also highly exalted him
and gave him the name
that is above every name,
so that at the name of Jesus
every knee should bend,
in heaven and on earth and under the earth,
and every tongue should confess
that Jesus Christ is Lord,
to the glory of God the Father.” Philippians 2:5-11

Remember this Palm Sunday, “The stone that the builders rejected has become the chief cornerstone.” Psalm 118:22

Join in and write your own page! It's easy to do. How? Simply click here to return to Inspirational Devotional.