Resurrection of the Lord, Easter Day 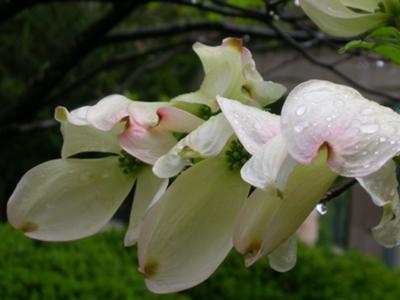 Jeremiah 31:1-6: “At that time, says the LORD, I will be the God of all the families of Israel, and they shall be my people. 2 Thus says the LORD: The people who survived the sword found grace in the wilderness; when Israel sought for rest, 3 the LORD appeared to him from far away. I have loved you with an everlasting love; therefore I have continued my faithfulness to you. 4 Again I will build you, and you shall be built, O virgin Israel! Again you shall take your tambourines, and go forth in the dance of the merrymakers.

5 Again you shall plant vineyards on the mountains of Samaria; the planters shall plant, and shall enjoy the fruit. 6 For there shall be a day when sentinels will call in the hill country of Ephraim: ‘Come, let us go up to Zion, to the LORD our God.’

John 20:1-18: “Early on the first day of the week, while it was still dark, Mary Magdalene came to the tomb and saw that the stone had been removed from the tomb. 2 So she ran and went to Simon Peter and the other disciple, the one whom Jesus loved, and said to them, ‘They have taken the Lord out of the tomb, and we do not know where they have laid him.’ 3 Then Peter and the other disciple set out and went towards the tomb. 4 The two were running together, but the other disciple outran Peter and reached the tomb first. 5 He bent down to look in and saw the linen wrappings lying there, but he did not go in. 6 Then Simon Peter came, following him, and went into the tomb. He saw the linen wrappings lying there, 7 and the cloth that had been on Jesus’ head, not lying with the linen wrappings but rolled up in a place by itself. 8 Then the other disciple, who reached the tomb first, also went in, and he saw and believed; 9 for as yet they did not understand the scripture, that he must rise from the dead. 10 Then the disciples returned to their homes.

11 But Mary stood weeping outside the tomb. As she wept, she bent over to look into the tomb; 12 and she saw two angels in white, sitting where the body of Jesus had been lying, one at the head and the other at the feet. 13 They said to her, ‘Woman, why are you weeping?’ She said to them, ‘They have taken away my Lord, and I do not know where they have laid him.’ 14 When she had said this, she turned round and saw Jesus standing there, but she did not know that it was Jesus. 15 Jesus said to her, ‘Woman, why are you weeping? For whom are you looking?’ Supposing him to be the gardener, she said to him, ‘Sir, if you have carried him away, tell me where you have laid him, and I will take him away.’ 16 Jesus said to her, ‘Mary!’ She turned and said to him in Hebrew, ‘Rabbouni!’ (which means Teacher). 17 Jesus said to her, ‘Do not hold on to me, because I have not yet ascended to the Father. But go to my brothers and say to them, “I am ascending to my Father and your Father, to my God and your God.” ’ 18 Mary Magdalene went and announced to the disciples, ‘I have seen the Lord’; and she told them that he had said these things to her.”

Resurrection of the Lord, Easter Day Comment: A friend told me that while he sat at his father’s bedside a few hours before his death, he felt a calm assurance flood his soul. Along with the serenity this thought came to mind, “Life is more powerful than death.” On a day other than Easter Sunday, my friend understood the reality of and power of the resurrection. “Life is more powerful than death.” If we allow this truth to sink into our very being, then no matter how dark the circumstance in which we find ourselves, we will believe and act as if life will always triumph. And it will!

Join in and write your own page! It's easy to do. How? Simply click here to return to Inspirational Devotional.