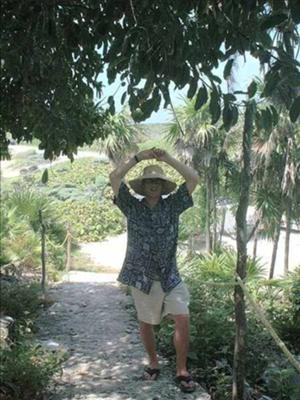 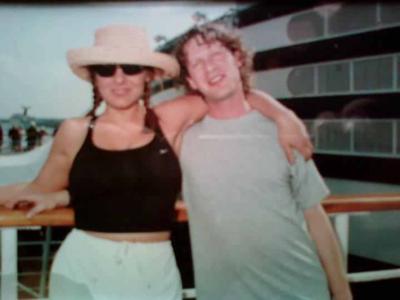 Ten years ago today we lost a remarkably beautiful soul who tragically passed from this world into the next...

A Tribute of Gratitude for Kevin Hersh

Today a page in this timeline turned to a new decade since this beautiful soul did pass from this world and into another on April 11, 2002. Kevin Hersh was only 34-years-old. Today I dare not grieve nor mourn any longer as Kevin’s torch of action-based compassion and love must be kept alive to brightly lead the way for others to carry his legacy forward.

At the time of Kevin’s passing, I was unable to communicate what Kevin meant to me and my daughters. Kevin Hersh’s generous and caring family had only hoped for a few memorial words from me during his Shiva~ a Jewish mourning time. I cannot even remember what I mustered together. I was devastated and so TODAY this tribute is of great importance to convey to his survivors how he incredibly impacted my daughters and my life in so many enriching “Kevinly” ways!

First I would like to share how I first met Kevin as it set the tone for a fast friendship, one of the closest friendships I have been blessed with in life. In 2001 I was a 29-year-old single mother of 3 precious girls. We struggled financially and I refused to spend our money on cable television. We frequented the public library for free entertainment as the girls and I were avid readers. One Indian summer afternoon in 2001 I wandered into the little “Friends of the Library” book and media shop. This tiny shop is run by volunteers who care about community literary awareness. There behind the small counter sat Kevin Hersh. He had long golden curls and angelic blue eyes (In months to follow I would learn that he gave his niece back in the Midwest control over his hair-cut schedule. It seemed to be a way to stay connected and bonded with his family he so adored). This shop keeper was busy with sewing something by hand. Well, as usual, I was broke as a joke and only window shopping. Kevin discreetly looked on as I found two books and pined for them. The first was a small pocket-book called “Random Acts of Kindness,” and the other a gorgeous hard-bound gold-leafed biographical journal titled, “The Story of a Lifetime.” The pocket book was only some change and I knew there was some in the ol’ Volvo outside. Kevin said he could hold the expensive journal for a day. I asked him about his mending project. He explained that he was leasing a room from a nice couple. Their daughter’s favorite pair of jeans were simply too worn for her to don any longer. Kevin had offered to design, piece together and hand sew a handbag out of them for her. WOW! What an Eagle Scout! I said I’d be right back and ran off to the parking lot to search the car floor for change. Tightly clenching the change in hand, I returned to the shop excited about my little purchase. There stood Kevin behind the counter, eyes a sparkle, holding up a large brown bag stapled with a receipt. He had purchased the beautiful gold-leafed journal out of his own money!! Kevin happily handed it to me. I was beside myself with happiness from the random blessing I wasn’t quite sure how to receive. Kevin was very humble in the gifting toward me. He didn’t seem to want anything from me and quietly smiled. He was not shy at all. It was not as if he did this to ask me out or anything…he truly just gave selflessly! Stammering a thank you over and over I came to my senses long enough to ask for his contact information in order to send him a thank you card. Soon afterward I sent off the card and I included my phone number. He called me within a week and this is how we came to become fast friends.

Kevin was a man of great moral integrity. He was in the midst of a divorce and not once did he ever approach me romantically. Kevin was an Inventor for Hewlett Packard (H.P.). Over the next six months he would continue to bless my daughters, myself and others with random acts of kindness. He would help the girls with homework and school projects…researching subjects for them while on break at H.P. He would show up at the door with new bar stools for my breakfast counter. He gave us a set of dishes one day. He ALWAYS wanted to treat us to dinner out on the town but my pride and lack of funds often found us at odds with me not wanting him to spend his money on us when I could not reciprocate in this way. I did not want Kevin to take on our financial burden. Regardless, we would find ourselves out with the girls in pottery stores painting tiles, piggy banks, and jewelry cases to be fired and picked up later…all on Kevin’s bill. It was humbling for a woman of my means but such fun!!! One day Kevin taught me how to make the Jewish dish of potato latkes we all tried with applesauce. Kevin, the girls and I giggled at every opportunity. Could life really be this great I thought?

When we first met, I was in the process of attempting to sign up with the Air Force (at this age I would be allowed for consideration if I went in as an officer per the completion of a nursing degree). I was also training for the Poudre Valley Firefighters test coming up in 2002. Kevin trained with me. He supported my dream and surprised me with the purchase of the Firefighter Testing Manual. For two of the months that I knew Kevin he had kept a notebook in which he kept an account of prices to things he would like for himself. At the end of each month he would add it up and donate the full amount to a non-profit organization he believed in. He supported my daughters in their extra-curricular activities such as driving them to traditional Mexican dance class.

When spring approached Kevin came over one day and surprised me with some huge news. He announced he had won a Bahamas cruise for two on yahoo.com! To this day I still think it is a great possibility that he paid for the cruise in full but knew I wouldn’t allow him to spend that amount of money on me. We flew to Tampa, Florida and stayed a night. We embarked on the cruise the next morning. The picture you see of us together arms slung over each other’s shoulder is the professional picture taken for us on the deck when we first boarded the ship. The ship had four ports in the following order: Key West, Costa Maya (a new port for ships at the time…rugged undeveloped coastline where we mountain biked, sea kayaked and explored); the isle of Cozumel; and finally Grand Cayman Islands. We had a blast until we ported at Cozumel. Kevin and I rented a cj-7 soft-top Jeep and ventured around the other side of Cozumel. After lunch we stopped on the beach to tan. Without intending to swim we jumped in the first wave to get wet for tanning. We immediately were both pulled out and separated by a monster rip-tide. Though I could swim my gym pool where I trained for two miles non-stop…the ocean was a different kind of beast~ especially on a full stomach. I thought Kevin may have made it back. I was pulled out till shoreline was not clearly visible. That moment I prayed and gave my life to Christ. I asked to please take me home to heaven or to return me to the beach. Within moments of the prayer (while in dead float pose) my foot hit sand. I did not understand. I lifted my head out of the water and found myself at the beach! I dug my foot into the sand so the rip-tide would not pull me back out. When I crawled onto the beach I soon discovered Kevin was not there. He was out in the waves still waving at me. I flagged down a tourist couple and a trash truck and by the time they retrieved Kevin and brought him to us to perform CPR…Kevin was gone. Thirty-five to forty minutes of CPR proved un-fruitful.

Kevin’s parents flew me home to Colorado after a couple days of arrangements. They have never asked me for compensation. Kevin’s family welcomed my eldest daughter Sierra and I sadly to their hometown of West Bloomfield for the funeral and Shiva. They flew us both home and never asked for the money. Some things cannot be properly articulated in human tongue. Prolific writing can not capture and illuminate the pure light of Kevin’s beautiful soul created in the Most High Heavens above. I pray with each breath I have been able to capture and share in mere words an honorable celebration for Kevin Hersh’s life. Though I was blessed to know Kevin only a short 6 months, I believe God and Kevin will privately complete this tribute in each of the readers’ hearts...for Kevin impacted untold numbers of people individually with his deep humanitarian love. We miss, love, but ultimately thank you Kevin. You changed our lives forever for the better. May peace be upon your soul.