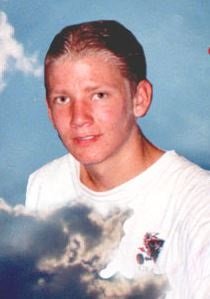 For some do not know and they curse the reason why; their beloved is taken so early in life.
It only happens to other’s you see; it will never happen to us - believe me.

We always depend upon others for life; to take advantage of love is an oversight.
They’re young their strong; they have their whole life; who’s to say God will take their short life.

The signs were all there; in dreams; and in thought; mother knew; instinct told her too.
It’s only a dream; how silly should one be; it’s ok; it’s not what I see; believe me.

But over and over the dream did despair; the thought of loosing a life long affair.
They fought sister and brother; it’s common in young folk; with age and wisdom they both grew we know.

The young rabbit hunter walked the hills over and under; when that got old; he discovered another wonder.
It had two wheels sometimes three; and a brother; who shared in the love of the same; two wheels under.

They rode day and night; their helmets sometimes light; caution always spoke; from their parents with insight.
Road rash here and a few cuts there; no fear he wore and sometimes he swore.

“One day I’ll ride cross-country far and wide”; little did he know he’d be doing it solo.
One fateful night; while in search of a good sight; he and his friends were the victims of plight.

Suspects all three were intoxicated you see; from the law they did flee; with speed and no care.
Head on they did crash; hit and run was the act; with betrayal as the fact.

The victims they lay as pure as the day; lifeless one lay; while the other ones prayed.
For the ones that remain; their pain will retain; for the loss of their friend; they remain still vain.
Oh; how we miss the one with lifelessness; someday we hope to reunite our loneliness.
Until that day; that we see your light of day; our dreams will be open to you everyday.

Join in and write your own page! It's easy to do. How? Simply click here to return to Bereavement Poem.