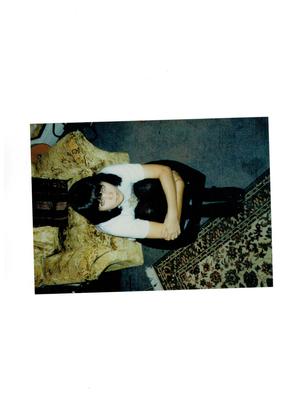 On 22nd December 2000 my only child Chelsea, was killed by a drug overdose administered by another. As she lay dying, they tossed her onto a bed where she eventually chocked on her own vomit. Nobody thought to call an ambulance as they were too worried about the fact they had drugs in their possession and would be accountable for her death. I was not notified until 4pm the following day....too late for me to feel the last warmth of her body before they took her away for a post mortem. Time passed and 2 years later a trial was held to investigate her death. The witnesses by that time had faded memories of the day as most of them were old. So it ended up being she said he said. Nobody was charged. There were no witnesses to what transpired in the house, only the neighbours who vocally witnessed the ongoing domestic abuse until the end when her life was finally taken. She called me that night around 7pm but I had not arrived home from work. I believe she was going to ask me to bring her home. By the time I got in from work and returned the call (she didn't have money for a phone, so it was a neighbour I called), they said the noise had died down and it seemed like everyone had gone to bed. I believed that perhaps they had an argument (Chelsea was a quiet agreeable person, and would not have raised her voice unless she needed help). I thought she might call me the next day returning my call, but by then she had died. My life died that day also. Nobody has ever consoled me, all I was told was to get past it and live my life. It is now 20 years later, she would have been 50 on 22nd January, and I cried all day for all that she should have been and all that I lost. Not one family member checked in with me to see how I was feeling, as they have not done since that very day. Nobody realises that those who are left behind, be it from murder or sudden death, never get over it. I have spent my life watching everyone else live theirs. I have been a bystander, while families have grandchildren, I have none. Christmas is the worst time, but nobody puts an arm around me and says, how are you? I fear they are afraid to confront the reality of death and sadness. I lost and daughter and granddaughter that day.

Join in and write your own page! It's easy to do. How? Simply click here to return to Your story.