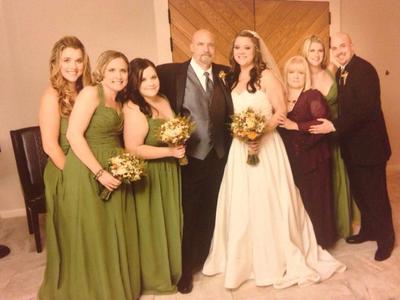 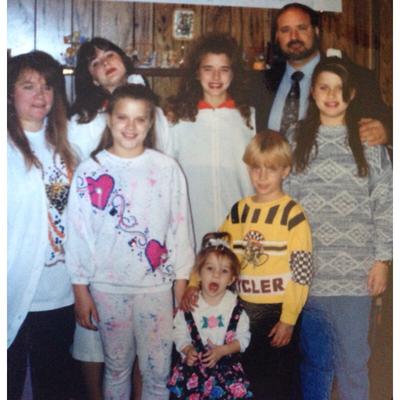 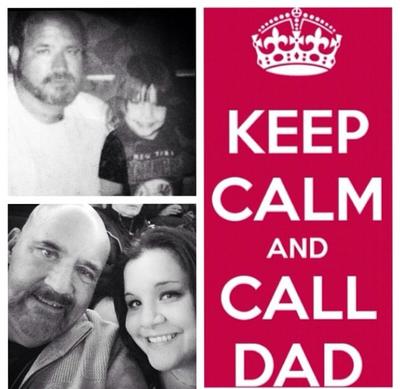 To a man whose been a light in so many lives. To a man who spent his 60 years in this life being whatever anyone needed at any time. A man who was 1/2 of the couple that proved true love didn't just exist in fairy tales. A man who knew how to fix any problem you may have had without hesitation and would give you the shirt off his back to do it. To a man who walked into a room of strangers and could have people laughing in seconds and engaging in conversation effortlessly. To a man who gave everyone a chance, who said it like it was, and said it with love and only the best of intentions. A man who was a hero to so many and who changed so many lives for the better. A man who would wake up before the sun and work hard all day to come home to a house of 6 children, exhausted, and be ready and willing to play and laugh and be a father. A man whose physical strength was unlike any other but his emotional strength, the strength he held to his core, in the fiber of his very being, far surpassed anything else. A man who epitomized what it was to fight for what you want, what you have, and what you need but also reassured you that you would never fight alone as long as he was there. To a man you may have called an acquaintance, a friend, brother, son, husband, father, or grandfather...no matter what it was you called him he was always there to answer...And while this is so unfair and my heart aches, I am so blessed to have been able to call him dad as I know my brothers and sisters are as well. I will spend forever and a day remembering him, missing him and never forgetting how lucky I am to have had him. I love you daddy, may you rest in the sweetest peace.

Join in and write your own page! It's easy to do. How? Simply click here to return to loss of father.